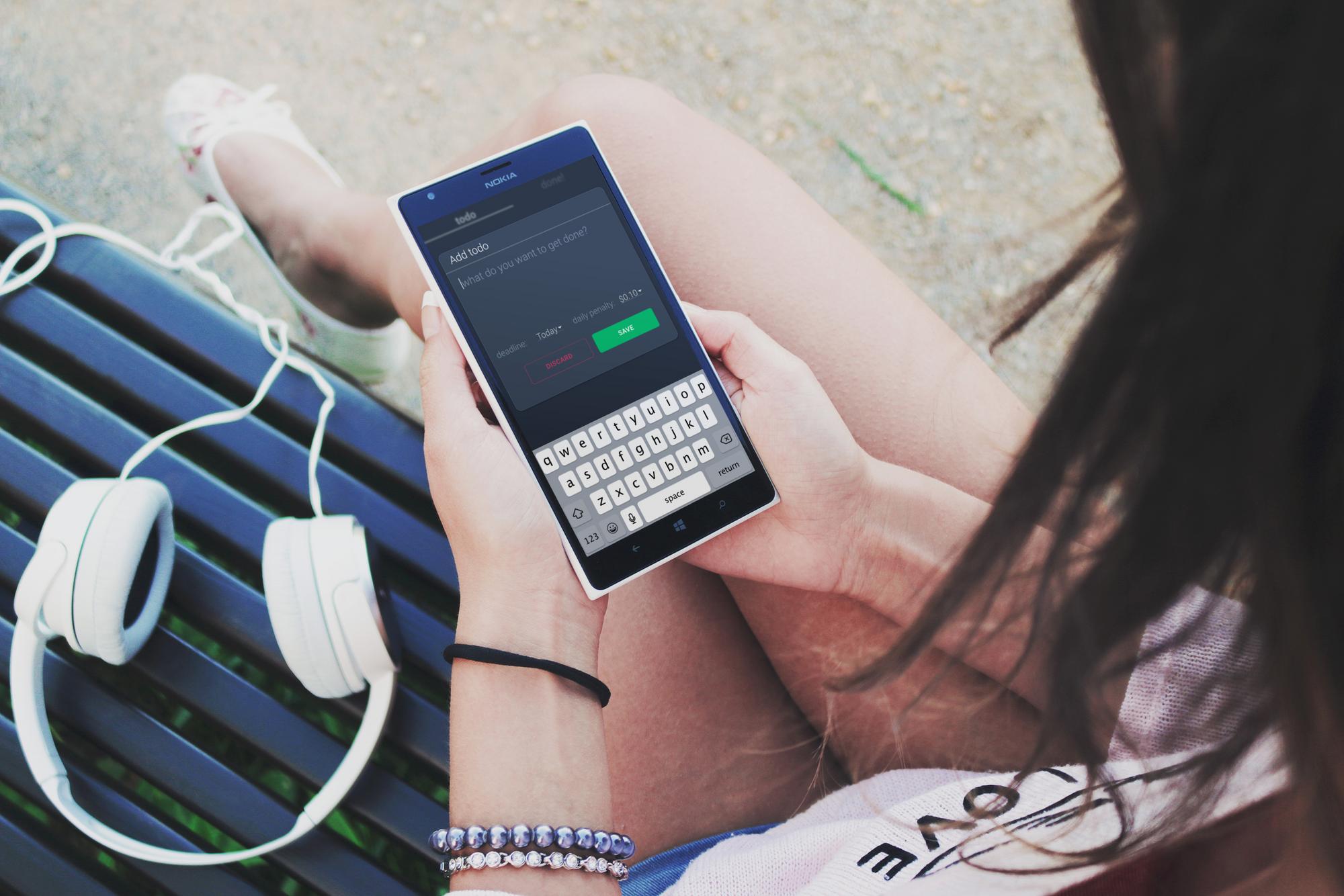 Todough: Get things done or pay the price

Would you get stuff done quicker, if you had to pay for everything you didn’t do on time? Well, let’s find out!

Todough (pronounced to•doh*) is an extremely simple todo-app. You can add a task and cross it off. Just like all the (literally!) hundreds of other todo-apps on the marketplace.

But… It has one little extra feature! Whenever you add a task, you have to set a daily penalty and a deadline. If you miss the deadline, you have to pay. The more you linger, the higher the penalty gets. So it pays to finish your tasks on time! 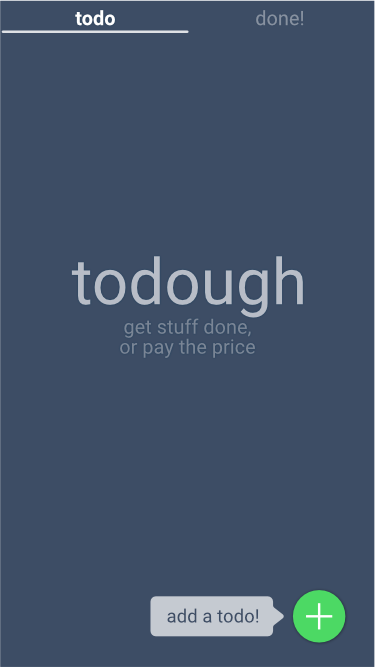 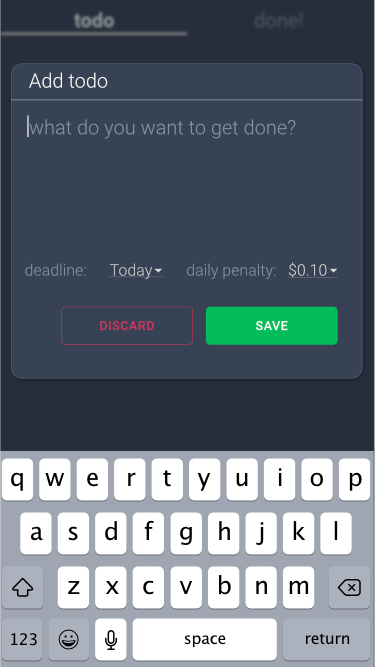 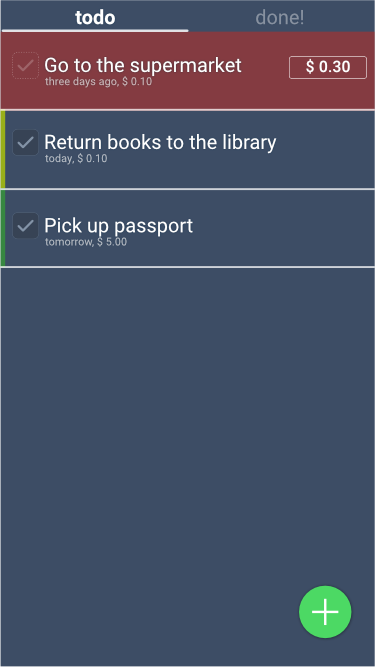 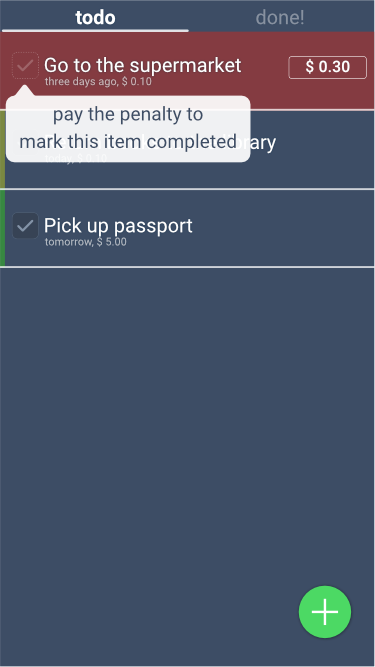 So where does the money go? To charity? No! It goes straight into the pocket of the app-developer (me!). That’s a real penalty because people rather spend $4.50 on a Latte Machiato than pay $.99 to an app-developer 😀

Ideally payment would happen automatically when a deadline is missed, but instant micro-payment (without user intervention) is very complex and expensive, so the best short-term solution is to use in-app purchases (as shown above).

Why would this work? If you have to do something today, you most likely will do it, especially if there are consequences for not doing it. Like paying a bill or preparing a presentation. That’s because urgency is a great motivator to do stuff.

On the other hand, there are also important things without that sense of urgency. Like updating your blog 😇 or ‘fixing the kitchen cupboard’. There’s no penalty in not doing it, eventhough they may be more important than other stuff on your deadline.

I was really surprised this doesn’t exist yet. There’s tons of alarm-clocks that pay to charity when you snooze, but no todo-apps yet. Anybody keen on building this with me?

The designs feature a bit of a mix of styles (mainly material, but also some iOS stuff in there). It was a rush job. That we’ll have to fix of course.

*Todough is a portmanteau of ‘todo’ and ‘dough’ (slang for money).