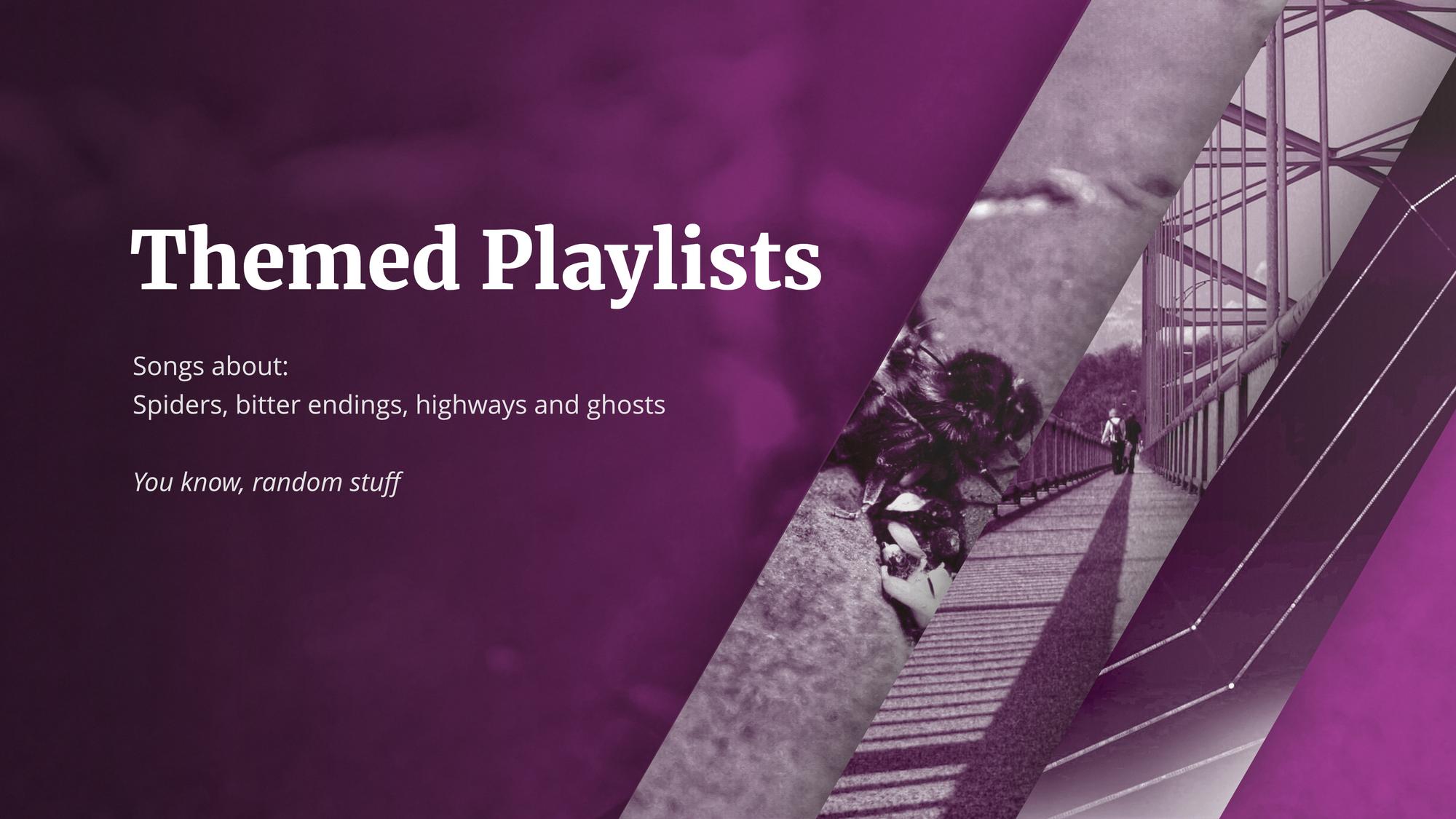 I’ve invented a new way to group music because the old way was boring. Playlists resolving around a band, genre, mood or event (‘birthday’ or ‘concert’). That’s just to easy! Let’s make it more difficult for ourselves…

I noticed there artists seem to come back to common themes: highways, spiders, ghosts and endings are some of them. I’ve created multiple playlists with completely different music styles / moods based on these subjects.

The lists are curated as best as I could, so songs should follow each other in a reasonable fashion, building up from soft too hard or sad to happy. As the styles are so wildly different, I didn’t manage to do that very well 🤣

The playlists make no sense at all, but hopefully you’ll get to know some new bands!

For when your relation soured and you’re saying your sweet goodbyes: songs about the bitter end. 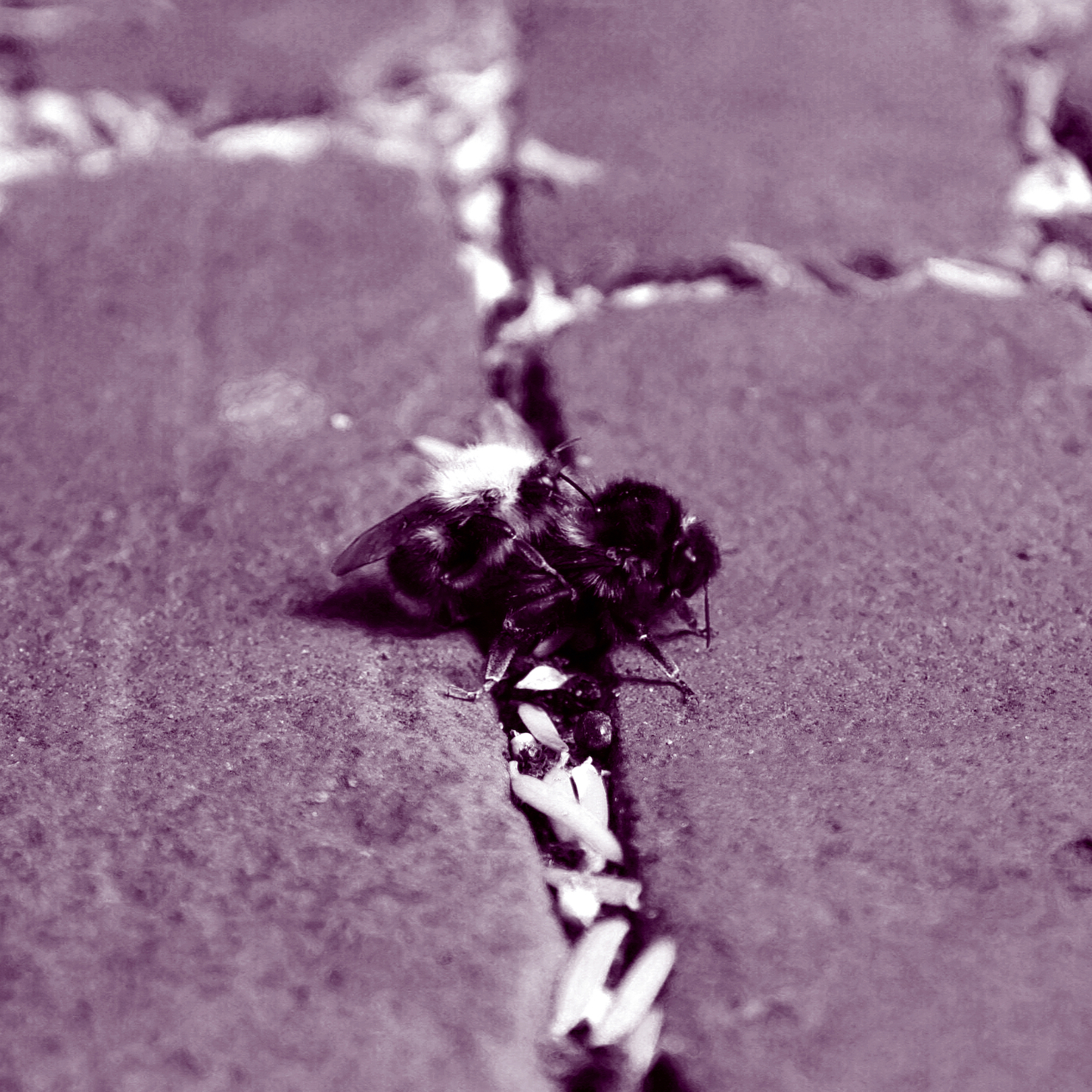 Whenever you’re thinking about creepy crawlies, why not put up a playlist of songs about spiders?

I noticed there are a lot of songs about spines as well. Interesting 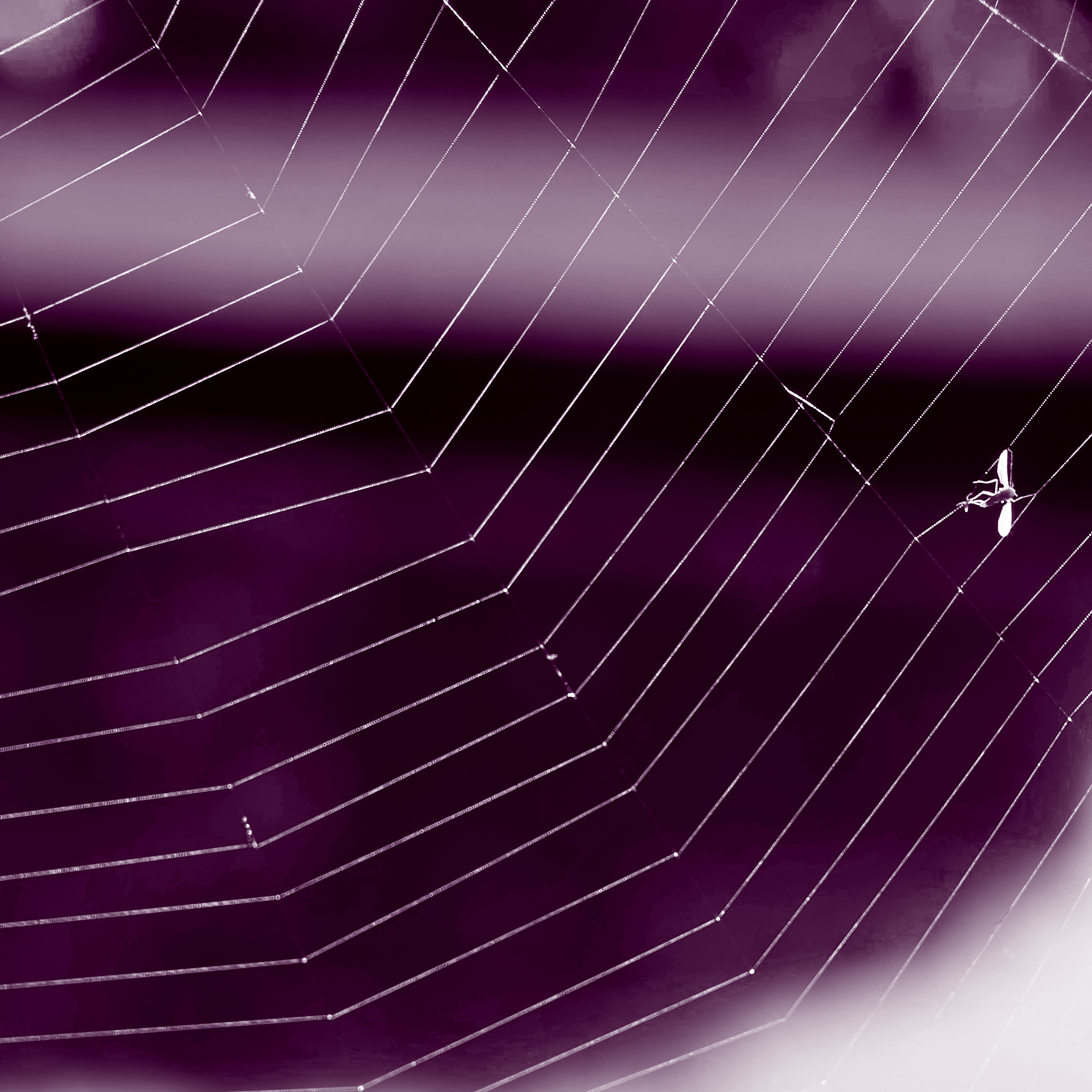 The highway is a prolific topic anyway and apparently some people are actually highways (“I am the highway” is the song-title of three different songs). 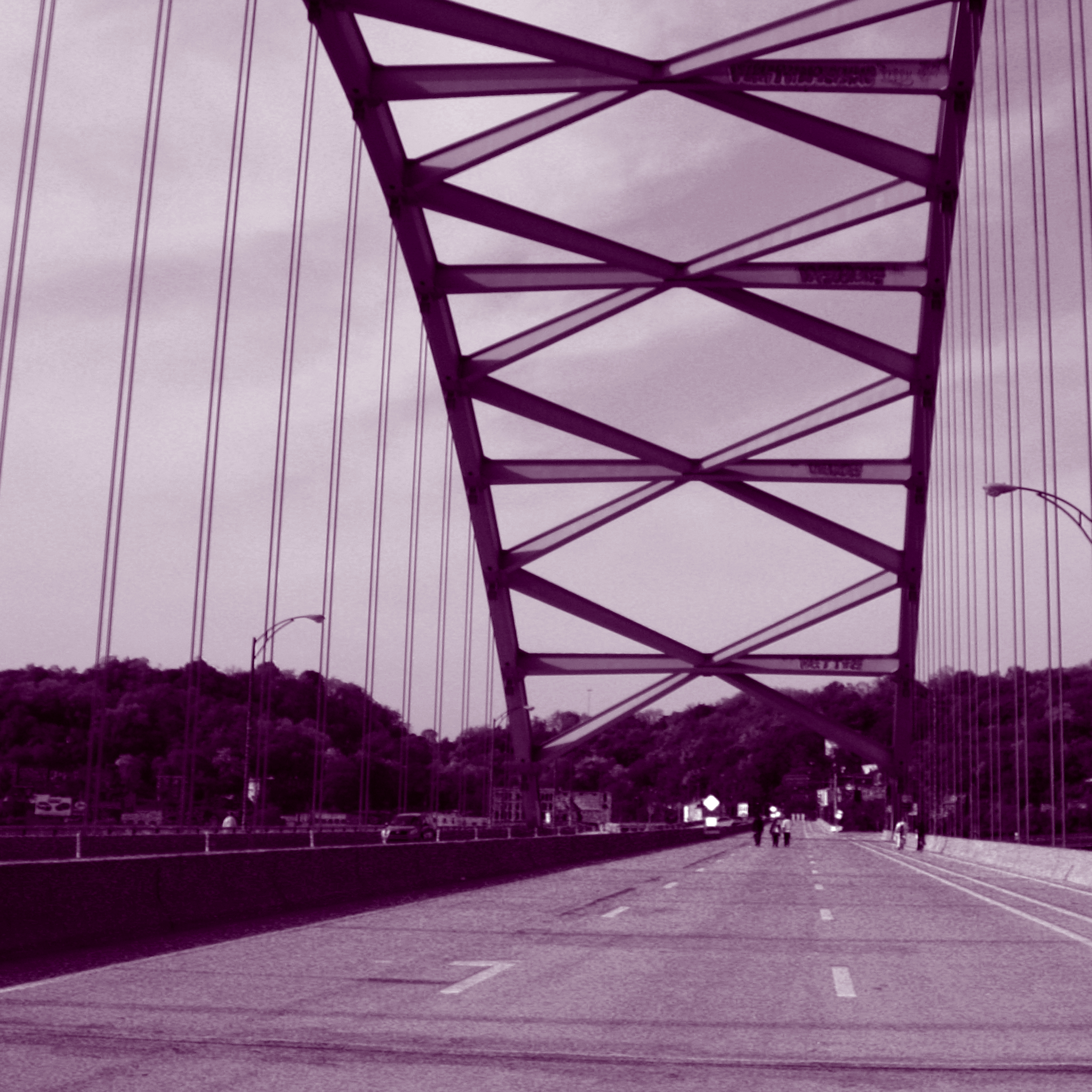 Nine Inch Nails filled an entire album with songs about ghosts, but adding that to the playlist felt like cheating. Also side-note: what a strange word is, who starts a word with GH? That’s crazy